Ever seen one of these? 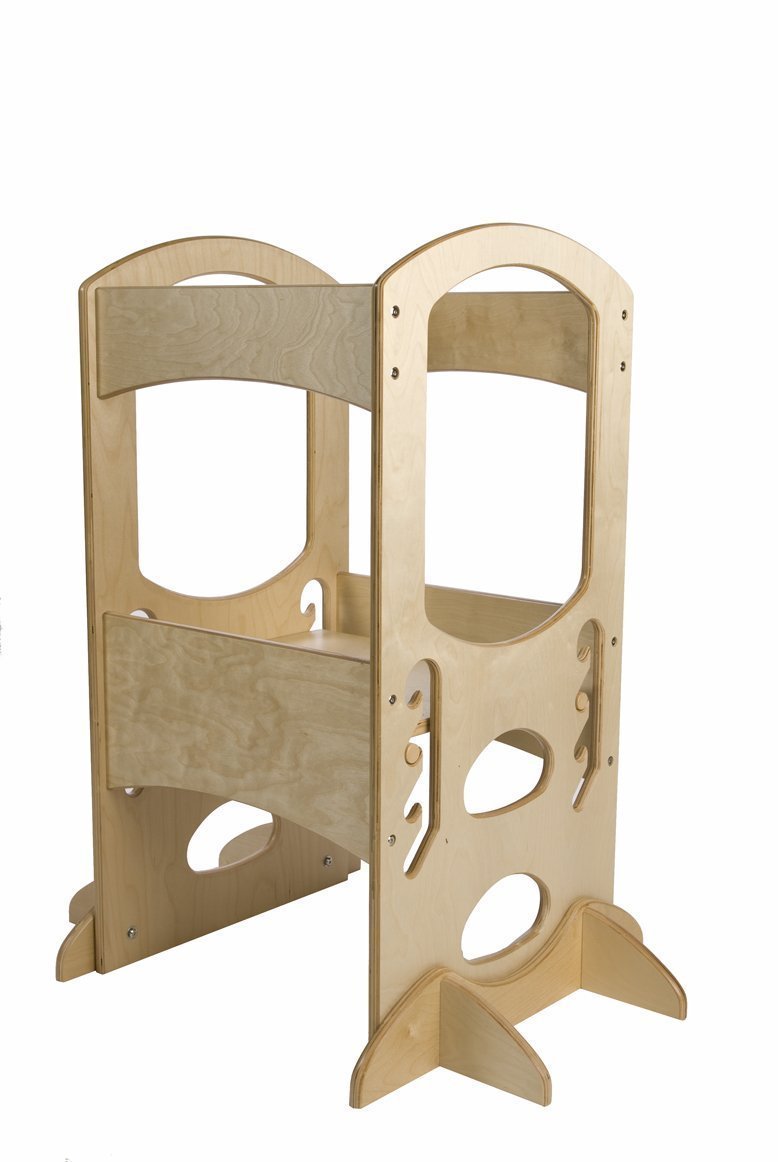 I did...At my favorite children's thrift store, Once Upon A Child.  It was $40 and since there was no adorable little toddler standing on it, I had no clue what the thing was for. Fast forward a few months and I find out it's called The Learning Tower and you can use it to boost your tot up to counter height so they can help with small tasks in the kitchen and explore the world of food. I also learned that it retails for $200. Ouch! Besides wanting to shoot myself for not nabbing it that day, I instantly knew I wanted a fake version. Today we finally got around to building it... 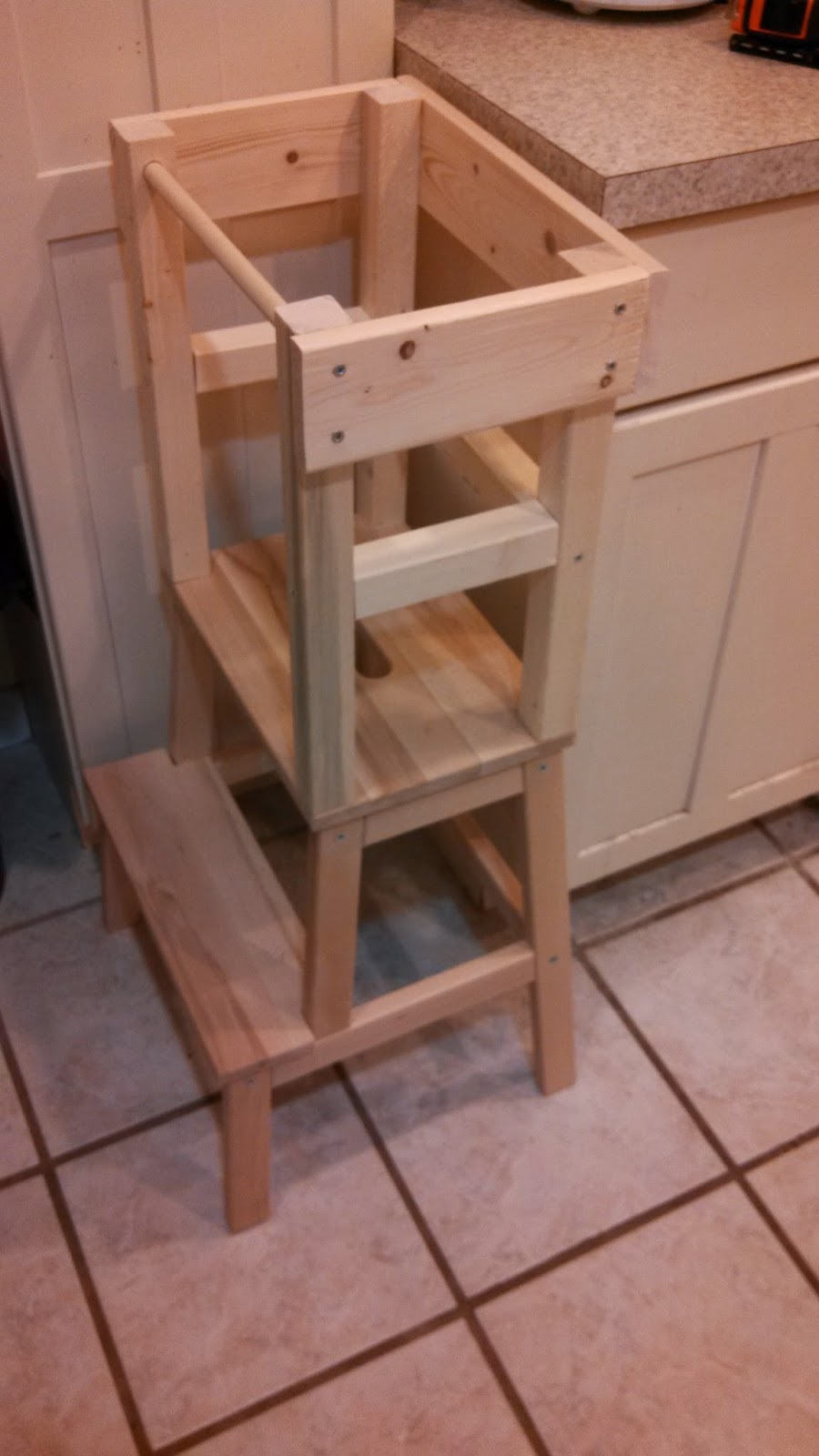 I found a couple tutorials online (here and here) but what frustrated me is that neither had a list of supplies. Nick and I have been in our house only a couple of years, and he's really not the handiest of fellows so we didn't just have scrap wood lying around waiting to build this thing. We also have limited tools.  So what I really needed was a list of all the stuff I'd have to buy in order to add up how much this project was really going to cost before I decided to tackle it. So here it is:

Now for the tools. I'll only include the price of the Speedbor because that's the only tool we purchased. Obviously, you'll have to figure out which tools you personally need to purchase and can figure out your own budget for each.
A couple of notes since I don't want to re-write the tutorials (just go check them out, it's easy to understand the instructions)...

Our countertops are 36" high. The vertical 2x2 posts above the stool were cut 16" in length. Measure your counter to determine if you'll need to cut them to a different length, and to see if you'll need additional lumber.

Cut the holes for the dowel using the speedbor before you screw the posts to the top of the stool.  Much easier and much safer. When you're ready to insert the dowel, screw in the first post, set the second post in place and sandwich the dowel in between (in the respective holes) while your lovely assistant screws in the second post.  No wrestling to get the dowel in that way. We did not cut our holes all the way through the 2x2. Instead we made a notch that went about half-way through the post.

We started by measuring and cutting our vertical posts and all other boards were measured and cut as we went along.  Just keep checking the photos and you'll easily see where everything should go. Just make sure that your side rails are the same length (even if when you measure they're not) because it will square up the top once you have everything screwed in place.

Drill the pilot holes.  You can get the screws to go through the wood without them, but hubby did crack it in a couple spots on the 1x4's. Just suck it up and do it...

You'll notice in our photos that we used a piece of 2x2 for the lower rail on the center front. DO NOT DO THIS! As soon as we put Avery in the tower we realized that you need the 1x4 for both front rails so the kid can stand on the tower and not get hit in the knees. This will be remedied on our tower during the next nap-time.

And there you have it!! 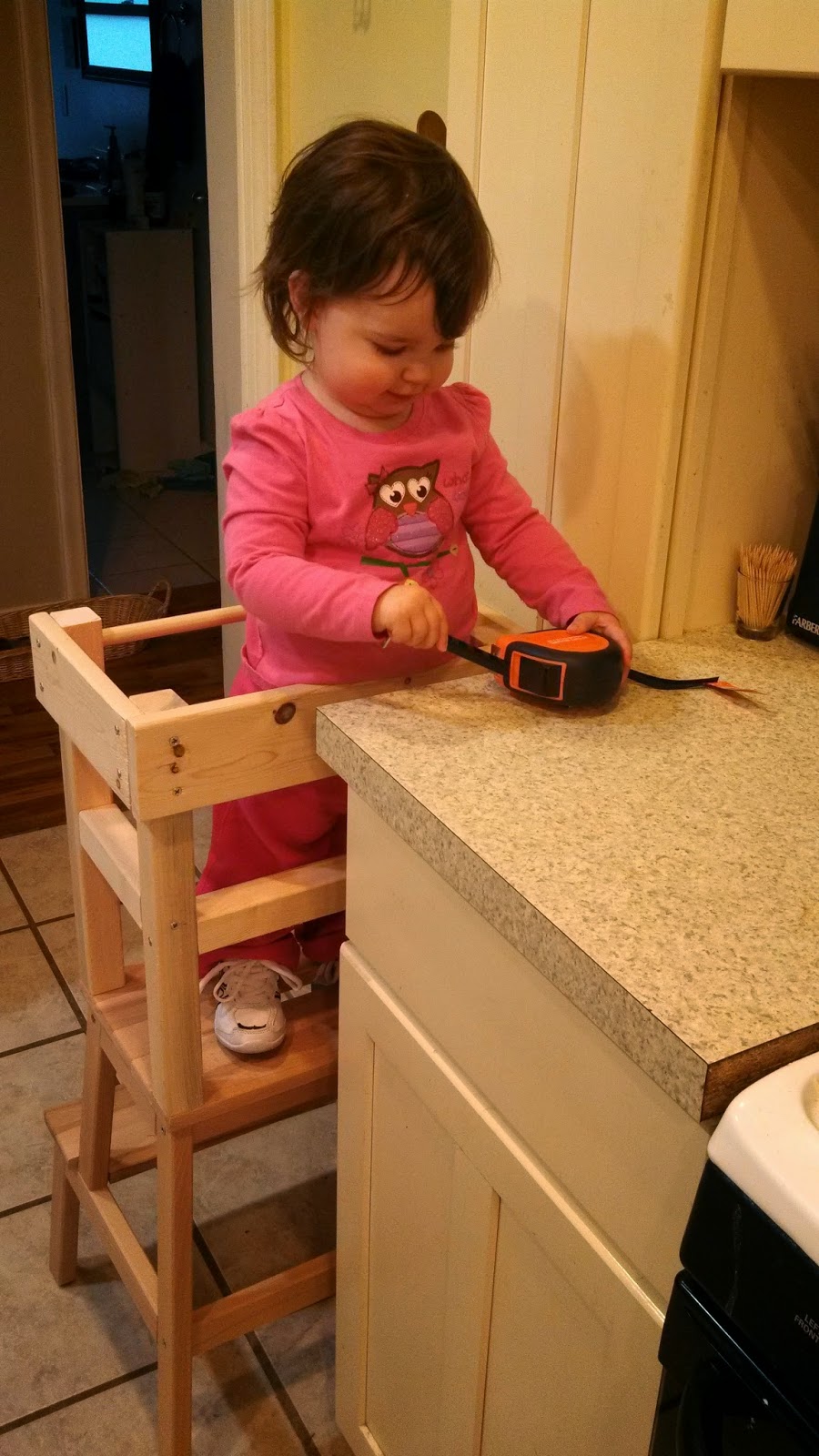